Welcome to Sue's Book Reviews
Over the years I have read many books. Some become favourites I read time and time again. Others strike me as a definite to add to my favourite list.
I decided to review some of these books in the hope that others may enjoy them as I have.
The reviews below reflect only my own thoughts on these novels.
Happy reading!

A Handful of Eggs 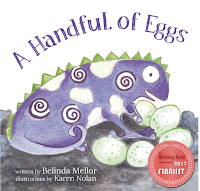 
Phlox is a salamander. Her eggs are her pride and joy and she eagerly awaits their hatching. She overhears her clutch referred to as 'A Handful of Eggs' and this causes her to question how many eggs make a handful? Has she too many or  too few?

Wonderful book for children to read or have read to them. This is the type of book I could cuddle up with my grandchild so we could travel through the story together.

Link:  A Handful of Eggs
Posted by Sue Perkins at 3:57 PM No comments: 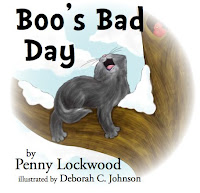 This a wonderful story about Boo the kitten who sits by the window watching the bigger cats play in the snow outside. He wants to go and join them and his chance comes when his owner Timmy comes in the door. Unfortunately the outside world is not as wonderful as Boo expected it to be.

After reading this book I wished I knew children who were the right age to read it. I was fascinated by the story and illustrations, and believe it will catch and hold young children's attention. The author makes no attempt to humanize Boo. He acts and purrs like a kitten when he is happy, and meows loudly when he is frightened. His owners love him and he loves them. The only reason he got into trouble was because he was bored. Is there a message for young people there?

Well done and thank you Ms Lockwood for writing a gorgeous book. You also picked exactly the right illustrator for your story. Congratulations.
Posted by Sue Perkins at 3:30 AM 2 comments:

Coda to Murder by J.Q. Rose 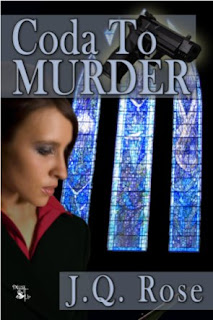 Genre:        Inspirational with murder and a hint of romance

Pastor Christine is horrified to find her church music director has been murdered - in the church! She is determined to find the murderer as the police methods seem antagonistic and at times ridiculous. On the other hand Detective Cole Stephens is very attractive and Christine begins to melt towards him.

At first this seems like an ordinary murder with romance, but J.Q. Rose has brought in her usual (or should I say unusual) sense of humor and we also have a cat, a pig and a kangaroo taking major parts in the story. Then there's the congregation who are still withholding judgement about a woman pastor. With her close friend Lacey, Christine gets into all sorts of situations, both dangerous and funny, when they try to solve the murder mystery.

I have read J.Q. Rose's books before and this is another good one. The author has that uncanny knack of putting together a serious situation with a touch of humor. Not too much, just enough to lighten the thread, without being insulting to the deceased.

The way the author dealt with Cole's suspicions of the murderer being one of the church stalwarts, including Pastor Christine, at first made me think there was no chance of the two getting together. J.Q. Rose managed to make romance a believable possibility and for this I commend her.

I thoroughly enjoyed this book, which says a lot as I don't usually read inspirational books, but this is a definite "can't put it down" book. Well done Ms Rose, can't wait for the next book from your writing desk.
Posted by Sue Perkins at 7:09 PM 1 comment:

Magic to the Rescue by James Hartley 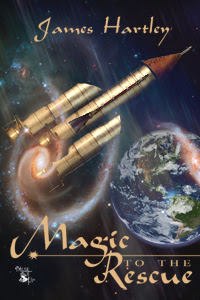 Thank you Mr Hartley for writing Magic to the Rescue a sequel to Magic is Faster than Light. I thoroughly enjoyed the first book and was delighted to see this one carried on several generations in the future.

A spaceship reliant on broomsticks and a cauldron drive, immediately tells you this is a magic book with a difference. When the descendants of the witches banished from Earth rescue a distressed space vessel, the religious fanatics who had them exiled in the first place. Over time the two newcomers begin to integrate with the witch community but it is never an easy alliance.

The leaders of the magical community have long been planning a partial migration to another planet. They intend to send a second group back to Earth to see what has happened since their people left.

Mr Hartley's style of writing is refreshing and I was compelled to continue reading. Most books hit a low near the middle but the magic kept coming up with new twists increasing the excitement and desire to read further.

I believe there might be a third book to this series, at least I hope so as this Magic series is a winner.

Buy Link:  Magic to the Rescue

Posted by Sue Perkins at 6:29 PM No comments: 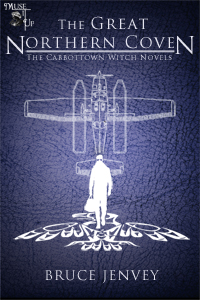 I looked forward to reading this book with interest as I had read the first in the series "Angela's Coven" and thoroughly enjoyed it. I am so glad to say the author did not disappoint me. This book is different but equally enthralling.

JR, a bush pilot, arrives in an Alaskan community but is secretive about his past life. The Inuit Indians of the area believe the evil foretold in a prophecy has arrived and JR is the missing piece. The wise women of the tribe must use their magical abilities to defeat the evil but one more person is needed to help them gain success.

Romance, witchcraft, evil - all are combined in this enthralling novel. Sometimes you come across a book you can't put down, this is one of them. I learned many things about Alaska and Inuits but it came naturally with the story. A well written book suitable for lovers of romance, the unusual and of course witchcraft. Thank you Bruce Jenvey, I look forward to the third book of The Cabbottown Witch Novels.
Posted by Sue Perkins at 12:04 AM No comments:

Title: Girls Succeed: Stories Behind the Careers of Successful Women 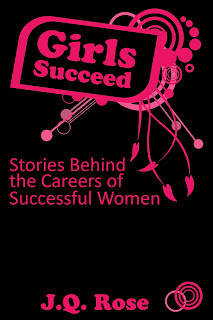 I have to admit I've never reviewed a non-fiction ebook before but I really enjoyed this book about the success of women.

How many of us have dreams when young which we never realize? The women in this book have all achieved their dreams and are to be applauded for their efforts. All worked hard to get to the level they desired, but some had to work harder than others when life put obstacles in their way. They're not all high flying professional women, their goals range from chef, to minister, to scientist to gold medallist.

This book is well written and very informative. If you have a dream you don't think you'll be able to attain I suggest you have a look at this book. It will certainly give you inspiration for your own goals.

Two grandchildren of the Queen from a steam driven England of 2010, return to the Victorian era. Edmund, son of the Prince of Wales, is the instigator and his cousin Alice, daughter of the Duke of York, follows him through the time machine to stop him getting into trouble.
Edmund is fascinated by dirigibles but Alice knows it's too early to introduce them into Victorian England. Will their interaction with their many times grandparents change their own future. What will Alice do when she finds Grayson, the man of her dreams, but knows he must remain in this time while she returns to her own?
I have a growing interest in steampunk, and having read some of Ms Burkhart's previous books I was intrigued to see what she would make of this genre. She steamrollered it! Pardon the pun.
From the initial meeting of Alice and Grayson, the misunderstandings, the burgeoning love - all this pulls the reader deeper into the story. Edmund has his sights set on more technical things, but this doesn't make him immune to the attractions of the opposite sex.
Alice and Edmund have a playful attitude to each other which shows they have been brought up together and know one another well. Fun and laughter follow most of their moves, even when Alice gets annoyed with her cousin.
I wondered how the story would finish and no I'm not going to give as spoiler. I'll only say the end was unexpected, riveting and right up until the last page I had no idea how the author was going to solve the difference in time to my satisfaction. At the end of the book the only frustration I had was that I had no more pages to read, and the second book in the series hadn't been released.
Even if you've never tried steampunk, if you enjoy a good book this is one you'll love. Well done Ms Burkhart, I look forward to reading the second book in the Windsor Diaries.
Buy Link:  http://stores.desertbreezepublishing.com/-strse-183/Stephanie-Burkhart-Victorian-Scoundrel/Detail.bok
Author's page:  http://sgcardin.tripod.com/
Posted by Sue Perkins at 10:35 PM 6 comments:

Sue Perkins
Hi, I'm Sue and I grew up in Devon, England. My husband and I spent some years travelling the world before starting a family. In 1986 we emigrated to New Zealand and subsequently became New Zealand citizens. My children are now the world travellers while my husband and I live at the top of New Zealand’s South Island. My interests include writing, reading, genealogy and aqua jogging.